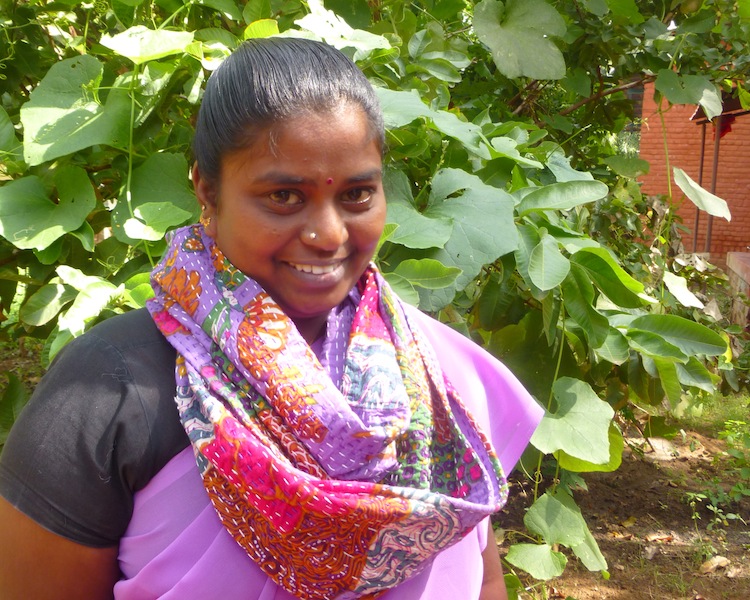 My husband supposedly committed suicide on February 18, 2013. A month earlier, we were fighting about how much debt we had and so he sent my kids and me back to my parents’ house. I started to work at Blue Mango and I didn’t tell my husband because he thinks women should stay at home. But a few weeks later, I got the news that he drank cyanide. I was only able to see his body for half an hour before his brothers cremated him.

After his death, 6 strange men told me that my husband owed them huge amounts of money and I had to pay them back. I doubted their truthfulness because they increased my supposed debt by thousands of rupees every time they contacted me. Why would my husband borrow so much money and not tell me about it? These men constantly call me and threaten to hurt my family. They even came to my house once.

I wish I could turn to the police but I can’t because something’s not right about my husband’s death. Usually after a suicide, there is an autopsy and a police investigation to verify that it isn’t a murder. But he was cremated the day he died and his brothers bribed the police not to investigate. I can’t draw their attention now because I’ll get into trouble.

I came back to work at Blue Mango in March 2013. I now live permanently with my parents and they help with my two boys. We like Blue Mango because it’s a respectable program where men can’t harass me and my neighbors can’t blemish my reputation. I hope that my family can have some peace. I want my kids to grow up without their father’s death hanging over them.