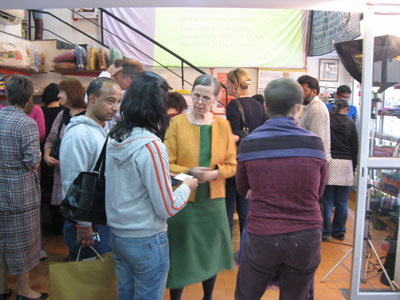 MESH shop buzzing on World Leprosy Day
For the first time in many years MESH decided to mark World Leprosy Day with the showing of a film about our work in Bharat Mata Kusht Ashram, Faridabad, and an exhibition and sale of products made by all the leprosy artisan groups that supply MESH. The film, Towards Dawn, A documentary by MESH Directed by Priti Choudhry and Natraj Khanna of Orient Productions explores a small colony of people affected by leprosywho were previously beggars, their determination to give something more to their children and the part played by MESH in that effort.


We were delighted to have amongst out guests, some fine shoppers as well as people working with The Leprosy Mission India and WHO and also The Government of India’s
National Leprosy Eradication Programme.

There were film crews from CBN and the Indian Dordashan Network so in the weeks ahead we expect that more people will get to know about MESH and how we use Fair Trade in our work with people affected by leprosy. (The Dordarshan Programme is sheduled for Thursday 4th February between 6 and 6.15 P.M.on Dordarshan National.) 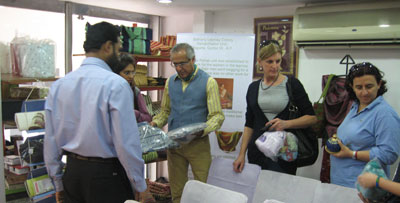 Too much to choose from in MESH shop
We had rearranged the shop so that products from leprosy affected artisans were displayed by group on the ground floor of the shop. Two large, new banners about Bethany Leprosy Colony and Bharat Mata Kusht Ashram attracted a lot of attention proving once more that our customers want to know about the people who make the handicrafts in MESH shop.


For me one of the most encouraging sights during the afternoon was our customers chatting with the weavers from the leprosy colony in Faridabad. When we meet the people behind the products we can begin to see there is more to everything we buy than just that which we hold in our hands. In this case to meet the weaver is to acknowledge his contribution to the creation of the product. 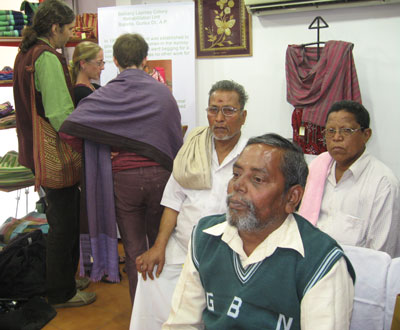