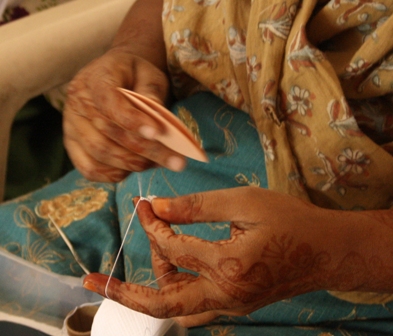 
Demand for tatted products dropped off for a few years and MESH suggested that Anand Crafts members diversify their skills. They tried their hand at making cloth beads but felt it would not work out for them. In 2018 MESH trained them in book binding. They are now making note books covered with waste fabric for export to Australia. We all hope that having more than one skill will ensure work throughout the year. 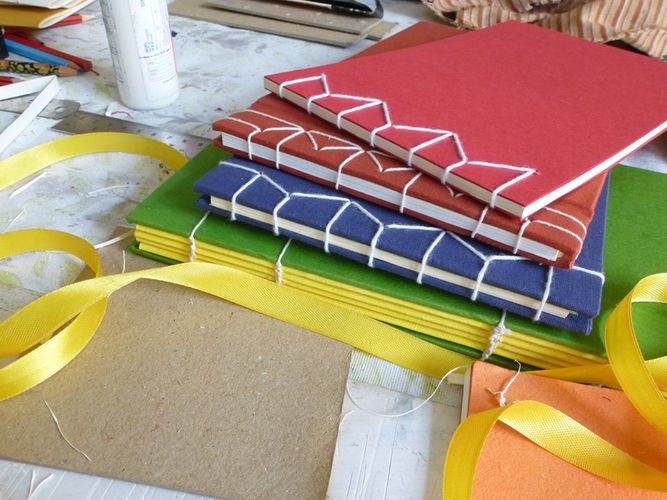 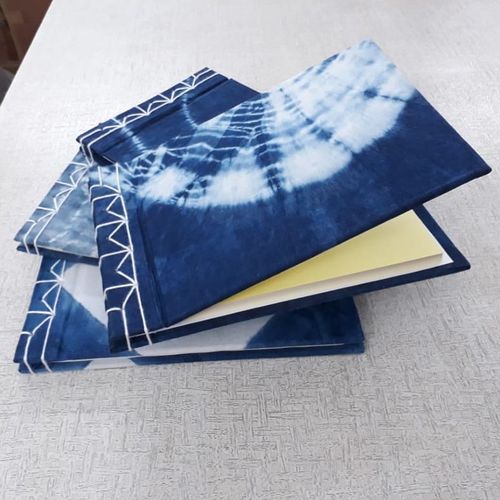 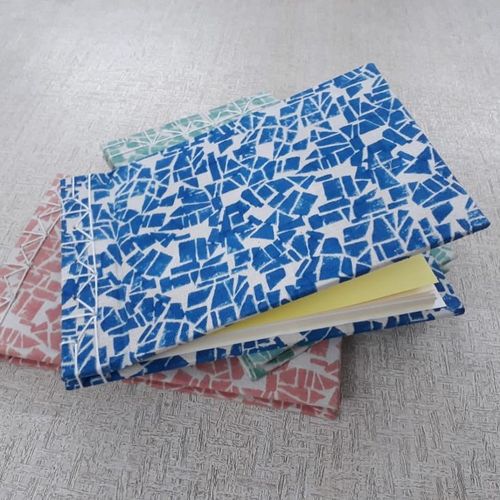 To find out how to order these notebooks please click here

A Little History about Anand Crafts

Anand Mahila Mandal is a women’s society in a leprosy colony in north Delhi which was catalysed into formation by MESH in a special project in 1999. The colony is an old one with a high level of organisation and solidarity that in the early days saw the most disabled people affected leprosy lobbying on the lawns of the Governor’s house to get proper facilities and a recognised place to stay. MESH has worked with the members of the colony for several decades training them to raise broiler chickens for sale through MESH and in how to weave to make cotton tablecloths and bed spreads for export most of them to IM Soir. As the older people lobbied government many were given jobs as corporation sweepers and many of the children went to boarding school to ensure proper education and readiness for employment. MESH chicken and weaving business trailed off as the demand for employment fell in the community.

When MESH decided to run a project for the women it was with the intention of providing them with tools to lobby for their rights, to form a solidarity group to support one another in women’s affairs in the colony and also to see if those women who had small children and could not go out for work could earn a living from home.

Eve Goldsmith, a lace teacher from UK found, herself in Delhi with her husband who had work as an engineering consultant and she offered to teach the women of the new Mahila Mandal how to do tatting. Eve, met the women two days a week in the home of the Executive Secretary of MESH and with no common language except that of keen eyes and an interest to learn a skill she was able to teach them how to make pretty tatted motifs, greetings cards and Christmas decorations.

Once a range of products were ready they were shown to MESH for marketing and the issue of how much they cost was raised. In fascinating sessions MESH team talked them through what they thought they should be paid for each hour of work, saw that they undervalued their skills and guided them in methods of costing and pricing, sourcing the raw materials themselves and quality checking to ensure consistent high quality. Meanwhile Eve continued to teach new techniques and showed them how to read simple tatting patterns.

The group suffered a set back when their elected President borrowed the group funds and failed to repay them. The members rallied and discussed the problem in a group until they came to an agreed consensus to elect a new president, and move ahead.

There are 11 women tatting now, all are family members of people affected by leprosy and do not have the disease themselves. They have high levels of skill and faultless eye for detail and final finish. Some women left to go for full-time work once their children were grown, others stayed on and have used their earnings to meet school and tuition fees for their children, to buy jewellery, important when a young woman becomes a bride, and to meet health care costs during major illnesses. They are practicing an old craft but they do it with a level of professionalism that is unmatched in any of the groups with whom we work. Their parents had leprosy and they grew up as kids from the leprosy colony, now many of the people directly affected by leprosy are dead and the community is more integrated. The Mahila Mandal and their Anand Crafts tatting group is a fine model for their daughters of how it is possible to earn even whilst staying at home to take care of the children.

New products designed in MESH Design studio, made by Anand Crafts and exported across the world from England to Australia, and Canada. 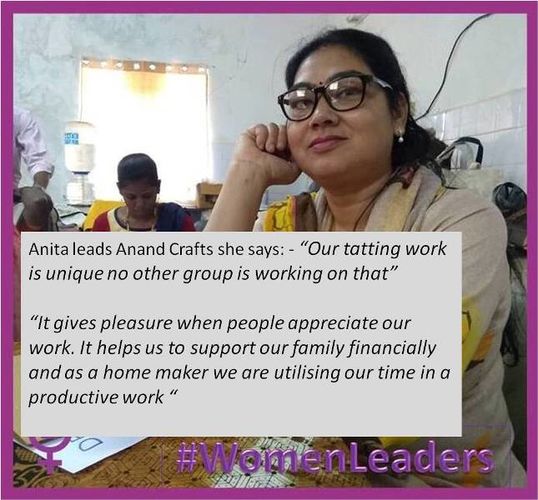