Statistics
Colony Members: 28 (12 are directly leprosy affected, the others are spouses or children of people directly affected by leprosy)

This Kusht Seva Ashram (KUKA) is a small community of people affected by leprosy in Najibabad, a provincial town in Northern India. KUKA was established in the year 1963 and was registered in 1966. The community or colony is a tiny walled village having the handloom unit, houses, an open area and they also own a piece of land and a mango orchard. They lease out the orchard each year and the income is shared amongst the colony members. They have six shops just outside the entrance gate from which they can earn rent.
There are currently 28 colony members living in the community, four are families, the rest are living alone. All income to the community is shared to ensure that even the most elderly or disabled person can live a peaceful life with dignity and the protection and care of the younger able-bodied people.

The Weaving Unit
The handloom Unit was started in 1985 with the help of a Sister from Asha Sadan dispensary and the Bishop from Kortdwar. The intention was that it would provide work and income to their members and also to pay for the running of their leprosy community. Over the years the oldest people have become too frail to work and the main weaving is now carried on in the colony by an assortment of marginalized weavers and colony members. The income still goes to provide for the needs of the people affected by leprosy.

The weavers make high quality, cotton kitchen tea towels and bedspreads. In their range are ribbed place mats as well as thick bath rugs, fabric for aprons and hot-pads and low cost dusters. MESH has worked with them for many years designing and buying their products and selling from our shop and by export. In the handloom section, they have four weaving looms and work with 2 peddles and also on complicated designs using seven peddle looms.

Organic Cotton Weaving
The weaving is done on handlooms requiring no electricity, but in order to keep in touch with the international demand and also to move towards still more environmentally sustainable production in 2019/20 the group decided to convert to weaving with organic yarn grown from certifiable sources in India. To encourage that conversion and to assist them to buy in bulk and thereby negotiate cheaper rates MESH secured a grant from WeltPartner, a German fair trade organization to buy the first two bales (approx 416kg) of organic yarn for them.

Sales
At the beginning for 5 or 6 years they sold their woven products in the local market within Nazibabad and through the sister they came to know about MESH when Mrs. Nabert was in-charge of MESH and since then they have been supplying only to MESH.

Janardan who runs the weaving unit says:
“When we started selling locally we made a lot of loss for the quality of product we make we didn’t earn much and since we started working for MESH we got the money for our work and quality

We became known through MESH who supported them with a lot of design input and also kept giving work to us, as the craft now is dying out, we would not have continued if MESH was not there.”


In 2019/20 MESH acknowledged KUKA by given them an award for Consistant Quality and Timely Delivery. The award was presented by Felicity Garrett of TLM Trading,U.K.during MESH's Network Meeting. 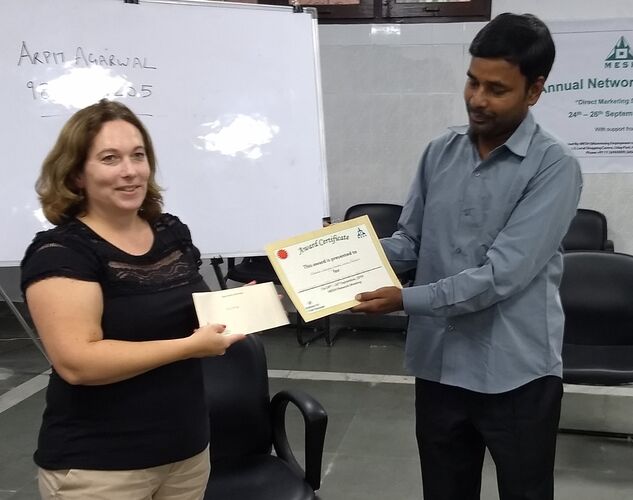 Fair Trade
KUKA is part of MESH’s Fair Trade Guarantee scheme and Janadhan said he thinks opting for fair trade was a good direction which is important for them in KUKA. He said “All the principles are good for the community, people and nation. Fair trade is a good way to bring improvements in the community. We want to improve the working conditions here as part of our fair trade improvement plan” 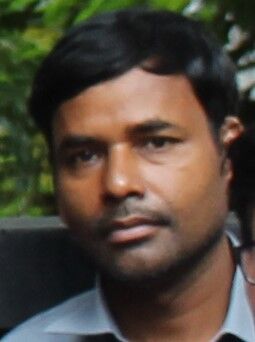 Janardan says
“We all are dependent on handloom weaving. From my family to all the group members this is our source of income. We are able to sustain 100% of our lives through this handloom work.” 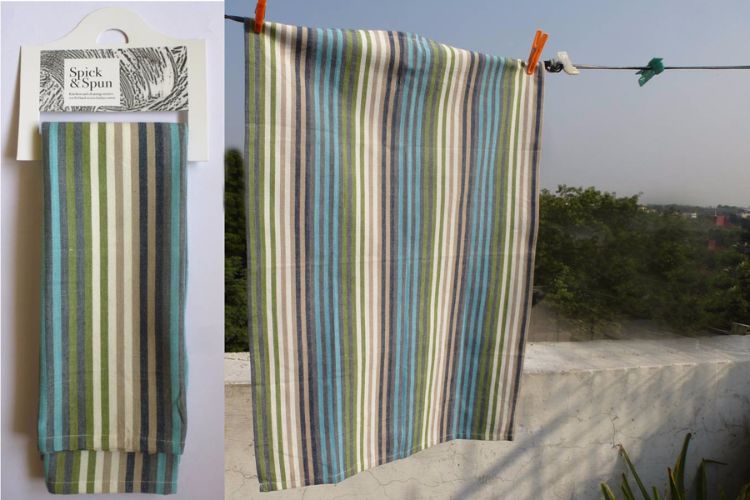 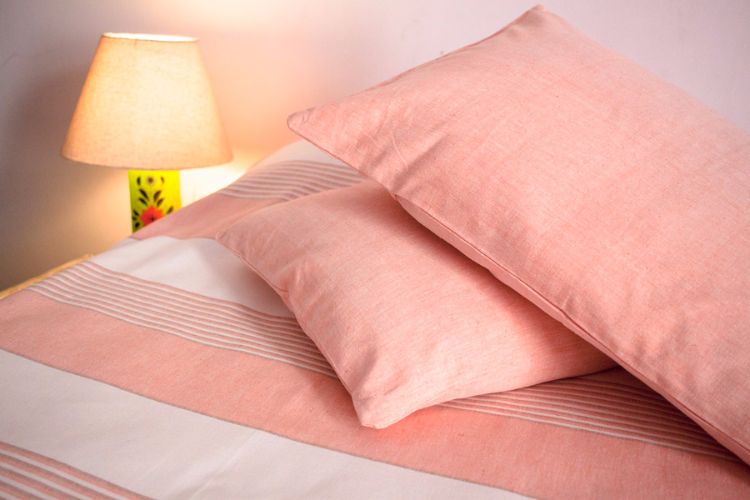