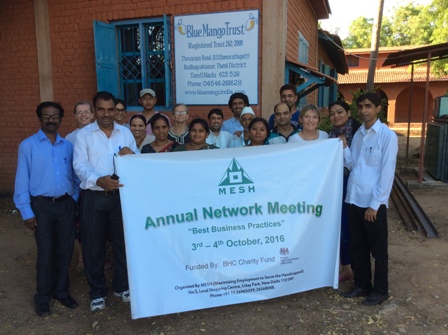 
MESH's Annual Network Meeting 2017 was held in Kodai Kanal a lovely hill station in S. India during early October. The theme was Best Practice in Business. It was a great opportunity to learn from each other and from Frango and Nandan from Last Forest (guest speakers) and from prowess and Blue Mango, both very strong and success producer groups in the area.

It takes weeks of preparation to bring 18 participants from all over India including two from curfew bound Kashmir and a leader with sever disabilites from the high Himalayas but the effort was well worth it if only for feedback like this: -

Sr. Sangeeta from Kiran Centre reported that Neeraj from Little Flower had shared with her that he was looking for people with disabilities to work in packing for a company known to Neeraj in Bihar. 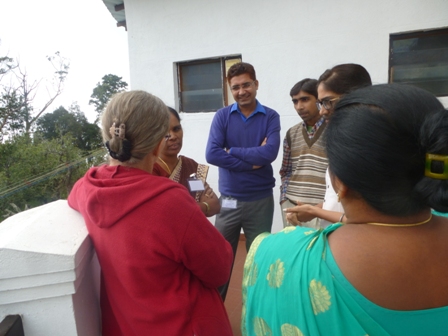 Sajad from Care Kashmir has developed some papier-mâché beads which he will offer to supply to Blue Mango, an idea which he shared with me when we were visiting Blue Mango jewellery unit.

Danish from Khadim Society informed Tamar from Blue Mango that he could supply her with bone and horn beads and various other metal items used in her jewellery; he took samples from Tamar back with him. 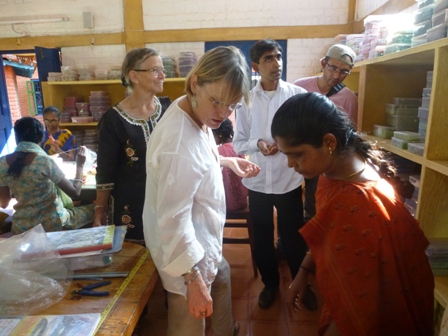 Tamar from Blue Mango has long wished to visit and meet people from Kumbaya so she expressed her pleasure at having the chance to talk with Shashank from Kumbaya during the visit to Blue Mango.

Iqbal from Pagir said how interested he was to hear how PROWESS decide labour rates for products after taking the average time from three types of tailors. He thought he would use that method in Pagir in the future 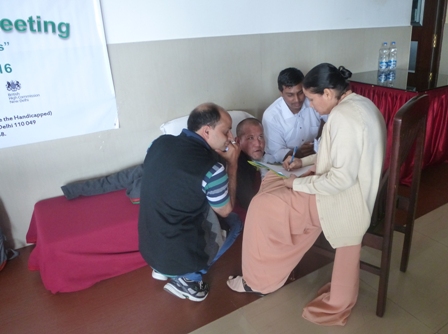 Shashank from Kumbaya talked to Shanta and Tiku from PROWESS about where they source their fabrics as both are looking for new sources of cotton.

Sr. Sangeeta from Kiran Centre reported that as a result of several conversations at the Network Meeting she had decided that the centre should look in more detail at how to provide work for those young people with disabilities who have been trained in her centre but have not found employment.

Anita from Anand Crafts reported that her organisation had been slow at coming forward for MESH programmes in the past but now she realizes that they have the potential to promote ideas and are very good for linking with other producers. 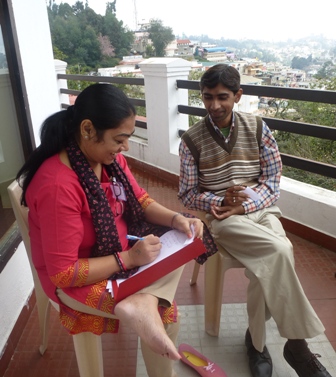 Sajad from Care Kashmir bought some coconut shell earrings in Kodai Kanal which he later went on to paint in traditional Kashmiri style on his return.
Next
Previous