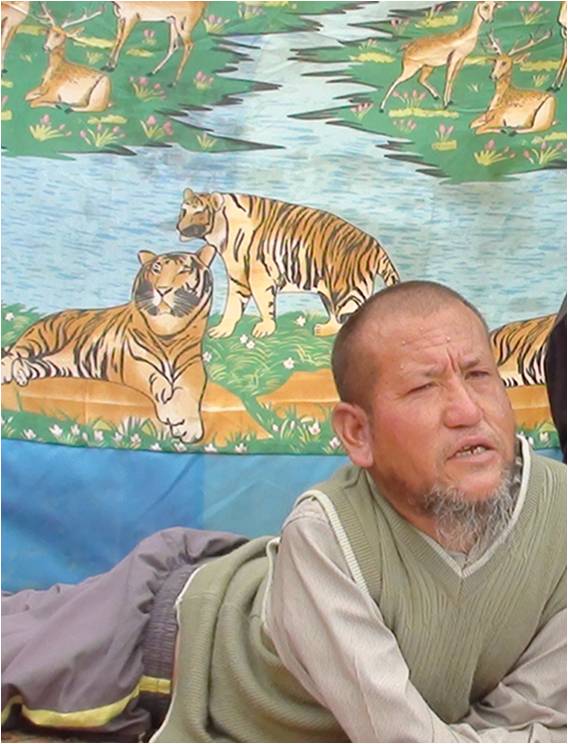 
Iqbal Wants An Inclusive Society For All His People in Ladakh

Mohd Iqbal born in 1968 it seemed unthinkable that this baby with deformed, feeble limbs due to a rare congenital disorder that contracts joints and weakens the muscles could become a leaders in society. He lies on his stomach on the bed, head and shoulders up, withered limbs limp. Iqbal is from a forbiddingly high desert bordering China and Pakistan and snow bound half the year, Ladakh is India’s second largest district.

Many Ladakhis, like most Indians consider disability a stigma. But Iqbal’s family and neighbours were different. His family carried him everywhere and children included him in their games. He was the umpire at cricket matches, and he could play chess and other games using his mouth and tongue. Iqbal’s parents also tried sending him to the village school but he threw tantrums and nobody had the heart to scold him, so he was allowed to stay home- much to his later regret. His father and grandfather taught him to read and write basic Urdu. As a child, Iqbal never thought of himself as handicapped. It was only when he was around 20 and his siblings and friends started getting married and taking up jobs that the implications of his physical condition hit home. “I became very depressed”, he recalls.

For two years, Iqbal lay in bed, sick with despair. Then the moulvi of his mosque began visiting and encouraged the boy to pray five times a day, like all true Muslims should. He also taught Iqbal Arabic so that he could read the Koran, When I prayed or read the Koran, Iqbal recalls, I was uplifted. Gradually my mental strength returned. Then, in 2001, he met Vidhya Ramasubban, a social worker who’d recently come to Ladakh and his world changed completely. In 2007 Iqbal and three others start PAGIR. He is president of PAGIR

PAGIR does not want special services for people with disabilities since this can lead to further isolation from mainstream society. Instead, PAGIR wants society to be more inclusive of all people in society and have therefore chosen to focus on working on mobilization and advocacy to:


One of our key efforts is the social venture Jungwa Shrungskyob, meaning, protection of the four elements of nature, earth, water, fire and air. Here we work to working towards the conservation of nature and having environmentally friendly processes established in Ladakh. Waste management is an important issue in Ladakh and we have chosen to work on producing craft-through-waste and converting paper waste and tailor’s waste into quality products like papier-mâché based goods, carry bags, belts and wall hangings etc. All are created by the talented members of our organization. We are operating a waste-to-craft production centre, a marketing store in Leh market and participating in various exhibitions and fairs.