Saroj Supporting Her Mother After Her Father Died 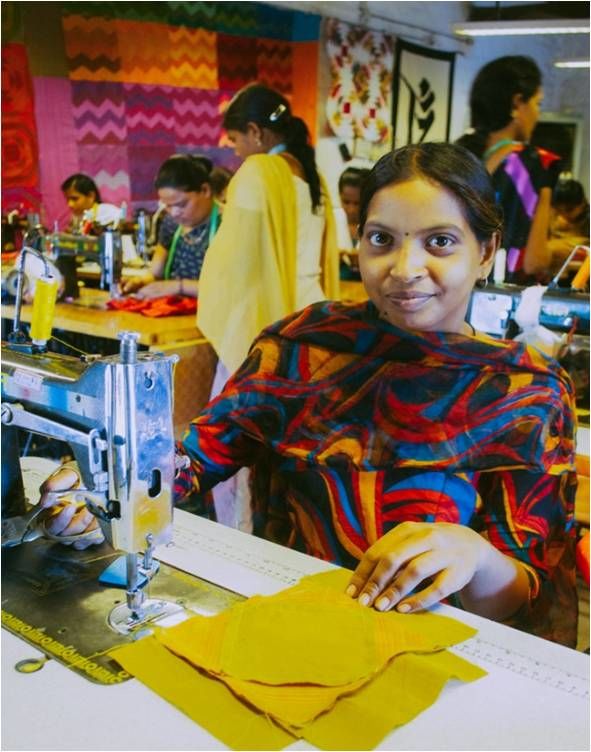 A young woman, about 20 years old, Saroj single-handedly supports herself and her mother through her employment at Kumbaya. Her story starts with the beginning of Samaj Pragati Sahayog in Neemkheda- in her family home where the organization's founders first met- where she first learned of SPS and Kumbaya. As a young girl she was inflicted with polio, and after studying until the 5th grade and spending five years at home, she decided she wanted to contribute to the family on her own by working as a Kumbaya producer. After almost three years stitching with Kumbaya, Saroj feels incredibly proud that she has been able to support her mother tremendously since the loss of her father, despite such little schooling. Incredibly hardworking, and passionate, Saroj travels to the bhawan in her tricycle every day, and she never wants to go home at the end of the day because of the unending support and love from her Kumbaya family.

Find out much about Kumbaya here.
Next
Previous