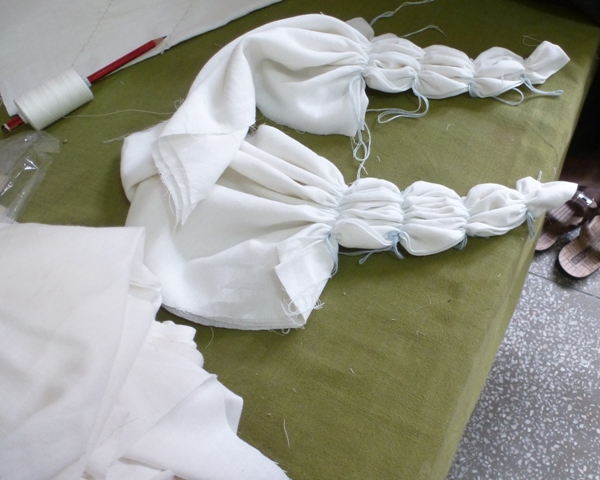 Mr. Hasmullah and Mr. Surender, dyers from Little Flower Leprosy Rehabilitation Center were in MESH Design Studio recently. Our Designer had done a workshop with them in their center earlier in the year and they were struggling to scale up or down the patterns they had learned then, so they were invited to come to MESH Design Studio to work out their problems and experiment with some new designs.

MESH's Designer, K. Syamala and Björn Eriksson visiting designer intern from Sweden, were seen sketching and sewing, knotting and tiyng and getting very excited as threads were pulled out or undone and the lovely patterns appeared.

The technique of resist dyeing involves preventing the dye from reaching a part of the fabric by tying it tightly or sewing a line and drawing the thread up and knotting it tightly. The tied up fabric is dipped in the indigo and all the open areas will dye a lovely blue whilst the tied areas remain white.

The pattern is all in the tyeing, folding, sewing and knotting. 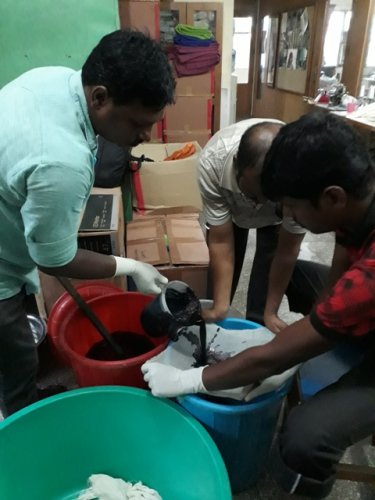 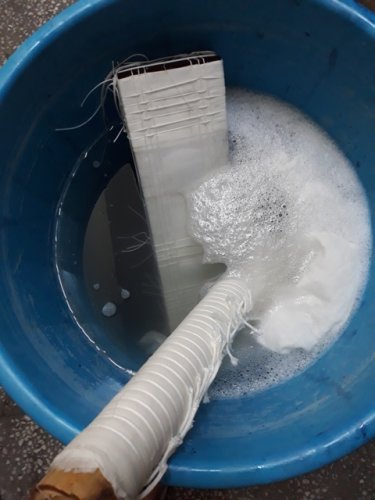 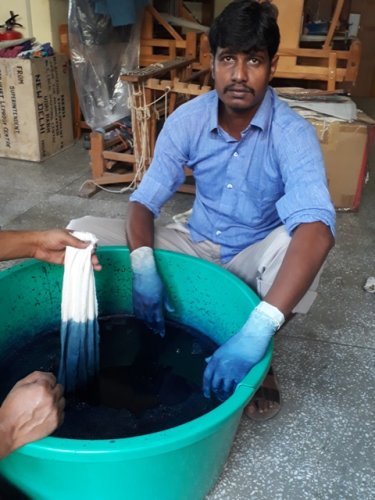 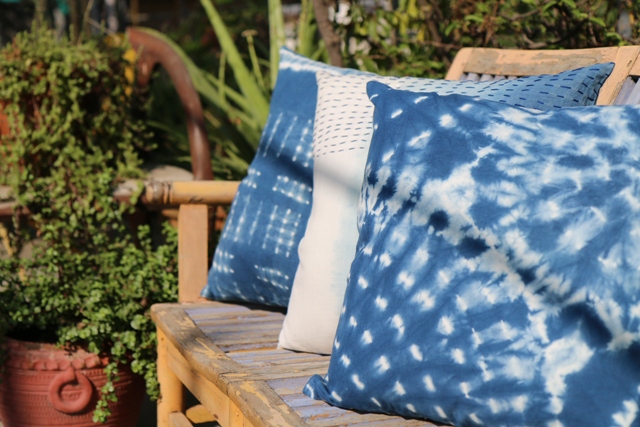