Practicing A Rights Based Approach? I think so! 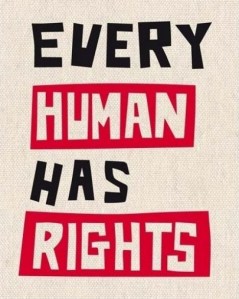 At a recent meeting of Soir IM partners from India and Nepal one of the subjects covered was Rights Based Approach in Development (RBA). Now I have to say that I am weary and wary of being told by international donors/consultants/bodies how to work. I am a little tired of having to dress up project proposals to suit the current development trend so I started to listen to the presentations with some scepticism.

My views changed. This is a trend but it is one that we can all understand in modern development work and I see that for us Fair Trade protagonists, it is an expression of what we already do but a bit more.

The presentations provided some interesting quotes:

To someone who has been working in development with poor people for a long time this statement is quite obvious. Let me take the example of leprosy affected people going begging. It has always been my contention that people beg because they see no other good alternatives. In Bethany Leprosy Colony people needed to make sure that they had money saved for the children’s weddings, they needed to set aside something for the annual repairs to their homes etc. They were not welcome in regular places of work so they went begging. Here the problem is society being unwilling to let them in …a structural problem not an individual making himself poor once he got leprosy.

So haven’t most of us being doing this already? Whether we called them” needy” or “marginalised” it hardly makes any difference, the fact is that we do try to support those people as equal human beings. In our work in MESH the whole emphasis has been on treating these particular artisans as highly skilled people with products to sell that should have as much chance in the market place as products from anyone else.

The Ten Standards of Fair Trade address the very issue of equality both in terms of gender but also in terms of equal trading relations. The partners in Fair Trade are committed to mutual respect as equal partners in the process It is not alright for the buyer to come with a business order in his pocket and laud it over the “poor marginalised” supplier. The buyer needs products, the supplier needs a market.

The extra dimension I think is to be seen in quotes like this one:

I am struck here by the fact that in many cases the Duty Bearer is indeed the government but it may also be society at large. So in October 2010 the Human Rights Council adopted a resolution to endorse principles and guidelines for ending discrimination against persons affected by leprosy and their family members which puts the emphasis on the State to ensure that discriminatory laws are repealed like the ones that make contracting leprosy grounds for divorce. But of course changing the law does not change public opinion or unhealthy attitudes in society and it remains difficult to marry your children if you are a person affected by leprosy and hard to find work if you have the outward signs of the disease and so on. Even if one Duty Bearer takes on the responsibility perhaps the conditions for some individuals will not change.

A rights based approach promotes advocacy, co-operation and joint action but none of those will necessarily change the minds of the common man in his prejudice. They may lead to changes in the law but it does not stop people make choices that demonstrate discrimination.

So the poor are no longer the “needy” or even the “marginalised” but rather are Rights Holders and they stand off against the establishment which may be the state, parents, international bodies or others who are now called Duty Bearers. I confess I like to see them being called Duty Bearers in as much as it implies accountability.

In the last couple of years I have been saddened to see two friends go to private hospitals they could not afford because they were convinced that the government hospitals would not serve their needs. It seems that the Duty Bearer here is the state health system which is bound to make its service work for the poor, providing that is, that the poor (whoops..I should say the Rights Holders) can ever be convinced of it!

One of the presentations included a very good table which compared a Charity Based approach, a Needs Based approach and a Rights Based approach. We need nudging…many of us have been following a rights based approach all along, we may miss a few bits and need reminding, this table will do the trick.