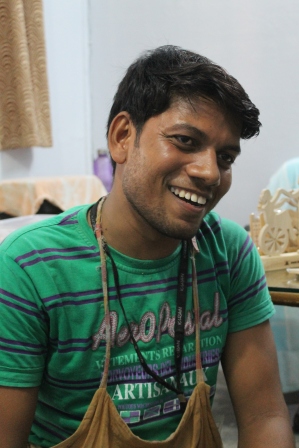 Ram is a skilled wood craftsman at Kiran’s (Kiran Centre for children with different abilities) wood workshop. Ram the youngest in the family was diagnosed at birth with polio; he only began walking in 1999 with the help of a caliber. In 2003 he completed 12th standard at school and continued for six months in an electronics course which he discontinued (quote: “it ws very interesting”). He didn’t complete the course due to his economic instability however in 2006 he opted to work for Kiran. Ram (to his disappointment) first had to complete four years of training and interning before he could join the production staff. Now Ram has worked in the production staff for two and a half years and is head manager of the unit. 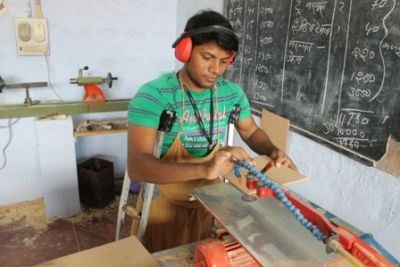 Ram states that he has no regrets in joining Kiran and enjoys the loving atmosphere. His objective is to train the junior staff well and most importantly he wishes for his son to receive a good education.
Ram thanks his physiotherapist from Kiran for introducing him to the centre and says that he wants to continue working in his unit. 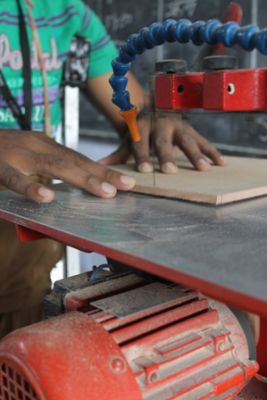