Undreamed of Opportunity to Earn and Save 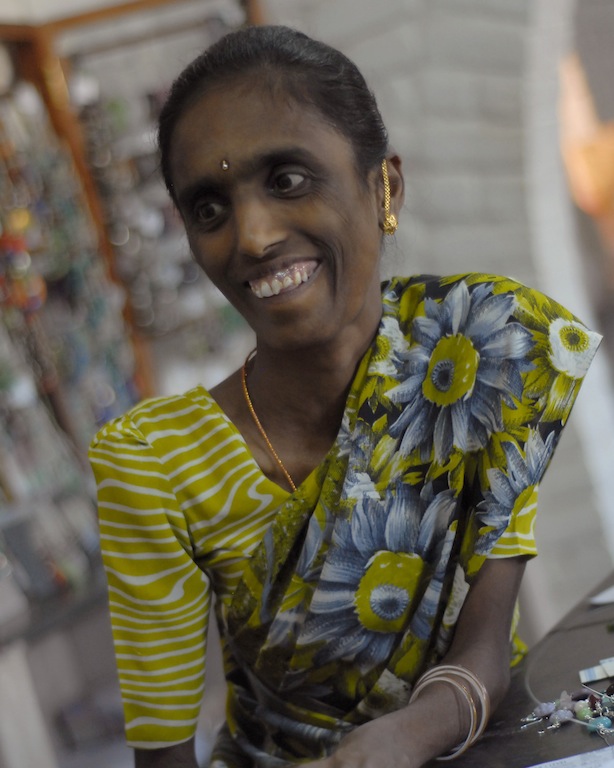 
Manimehala had not ever dreamed she would one day be earning and saving as she does now in Blue Mango Trust, Tamil Nadu, S. India

My siblings and I grew up in my uncle’s house because my parents were working in Kerala. We never had enough money and were always hungry and sick. I developed a spastic hand because of fever. It was assumed that I would marry my uncle. He decided to marry someone who isn’t disabled. Why waste the dowry money on me? After all, I am disabled.

I now live in a rented one-room house with my parents and brother, Raja (Blue Mango Office Manager). My mother does coolie work and is skinny because she is addicted to tea and doesn’t eat. My father is lazy and unemployed, but that’s okay because he’s affectionate. My sister moved in with us when her husband abandoned her. Though he stole the entire dowry, she still has her baby boy.

Before Blue Mango, I never dreamed that I could earn money. Look at me now! I feed my family better than they had ever fed me. My parents support the savings program. They say that they’re going to die soon anyway, so I might as well have some funds for my future.

What I like is that I am not so vulnerable anymore. I can stand on my own two feet. Now that Blue Mango has started pension and savings, I know that I won’t have to depend on anyone in the future. My parents support the savings scheme even though it means less money to the extended family. They say, “We won’t be around forever.”