Fair Trade
After Workshop 2:
Previous
Next

Greetings from MESH,
We are really glad that our second “Training of Fair Trade Trainers for Producer Groups” workshop which was held in Delhi on 19th and 20th of August, 2015 went on well.
We had Mr. Pankaj Mehndiratta as our resource person and Dr. Madhumita Puri (Secretary, Society for Child Development) for the Second Workshop. 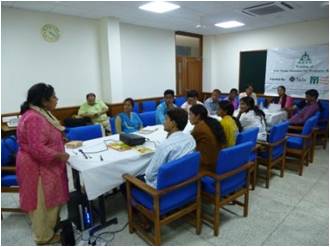 Most of the trainees learnt different aspects with regard to Fair Trade principles and practices some of the common learning’s of the participants through this workshop were how important it is for the group to maintain records of the documents’ such as minutes book. They were able to know about supply chain, how as producer groups we need to play our part in protecting our environment, how planning is important before starting the order, discussing and taking decisions by including everyone in the producer group. 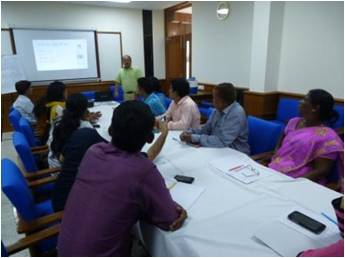 The theme for the National Convention – 2015 was ‘Skilling India for Building Fair Trade World’. This topic was taken up by Fair Trade Forum India thinking in line with the governments’ initiative towards skilling India and Make in India. We had presentations on skilling artisans and producers in the present and fast changing era. They had presentations on branding and online marketing. We also had group discussions on “Sustainable Fair Trade Business through Skill Building”, Mobilizing corporate for skill building through CSR” and “Working with Government for opportunities in skill building”.
We are pleased to share with you that for the first time our Fair Trade volunteers’ will be conducting session with other producer group and help them to understand about Fair Trade. Mr. Nadeem from Khadim, Sambhal will be taking a session with BMKA group members in Faridabad in the month October. Ms. Uma from Faridabad will be taking a session with Anand Crafts group, New Delhi on Fair Trade and Child Labour in the month of October.
Ms. Stanzin Agmo (PAGIR, Leh) has planned to do session on “Respect to the Environment” with her group in the coming days. Ms. Anita was able to share about her learning with her group members. Will be updating you about the session conducted in their respective groups. 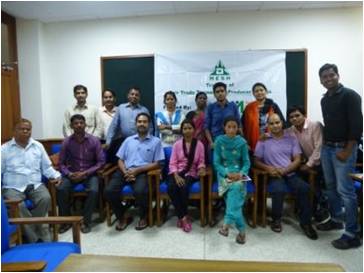