Poverty and the Pandemic 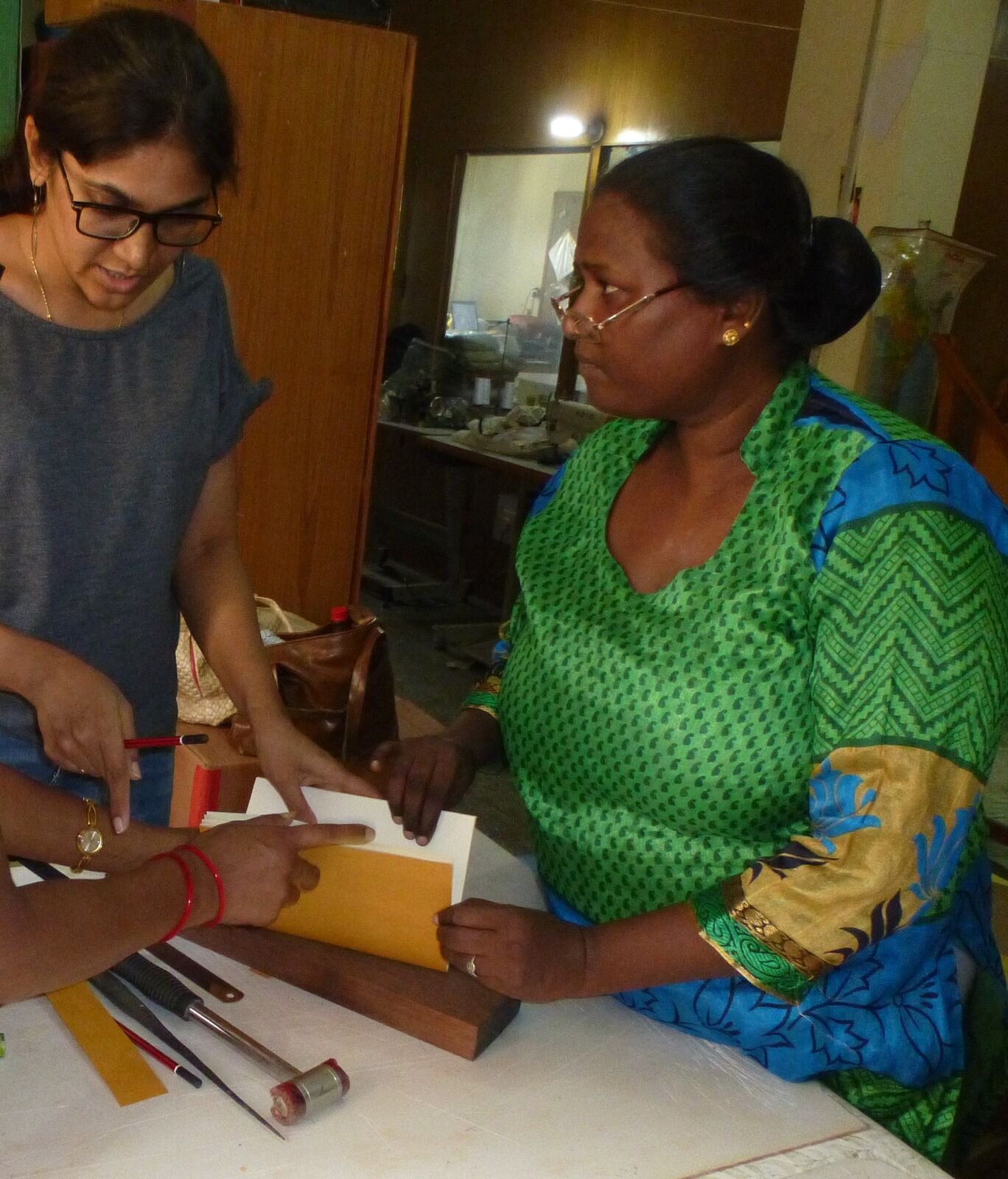 Anna Mary (right in the picture) lives in Anandagram, a leprosy community in Delhi. She is a member of the Mahila Mandal (Women’s society) and is one of the craftswomen in the group’s production unit which is called Anand Crafts. The Anand Crafts women learned tatting about 20 years ago and have been making products for export around the world. When demand for their products fell a few years ago Anna Mary was always amongst the women ready to learn a new skill if it meant she could continue to earn for her family. I especially wanted to write about her at this time as she has just come through a terrible bout of covid 19 infection. We are so grateful she is now home and gradually regaining her strength but we might look at how the second wave of covid in India has played out in her life.

Anna Mary is a widow with two sons, the younger son John is a male nurse. MESH has an education loan scheme which allows us to lend up to Rs 60,000 for higher studies to students from leprosy communities. John used the loan to help pay for his nursing studies. He is now working and paying off the loan monthly. He was married to another nurse in February and the couple both work in the same modest private hospital not far from their home.

The Treatment
Anna Mary became ill at the beginning of April just as the daily case count across India went up from 81,000 on April 1 to more than 402,000 on April 30. India’s healthcare system came under severe stress the same month. John treated her first at home for ten days and then as her oxygen levels fell he approached the owner of the hospital where he works and was able to find an ICU bed with piped oxygen for her. Anna Mary says she was so blessed that at least she could see her son each day as he works there. She was treated with Remdesivir and oxygen (both very hard to find during this period) and after 12 days in ICU spent another week or so in a general ward. This all happened at the time when another person from her community, Mr. Sanjeeva Reddy died after being taken from one hospital to another in search of empty beds; free government beds would not have been available at all during that time.

Anna Mary came home a few days ago; when I called her she sounded very weak and still a little breathless but so much better and we gave thanks for her recovery.

The Bill
Her spell in hospital cost Rs 350,000/- which is about the annual salary of a senior staff member in MESH. Anna Mary did not have health insurance. Because John is hospital staff the bill has been discounted by 50% but he told us that they were “trying to arrange the amount” which almost certainly means it has to be borrowed and private money lenders are expensive..

Studies show that more than 200 million Indians are expected to fall into poverty as a result of shutdowns and healthcare costs.[1] And you can see why that might be when you look at Anna Mary’s medical bill.

John and his wife are nurses so they have work. Rozina, who leads one of the groups we work with here in Delhi, was saying that she was looking for some food grains support for her artisans and trainees as they are all from families of daily wage earners who are unemployed again in this lockdown. We are hoping to help with food stuffs but for other expenses people will be getting into debt and if they fall ill, into serious debt.

A Fair Trade Response
These have been hard times across the world but it is those closest to the edges that will feel the greatest hardship paying off loans well into the future. Our aim is to keep artisans who can work from home busy as much as possible so as to lessen the risk of post-covid poverty. To that end we are delighted to share that for their current order Ten Thousand Villages agreed to change their product packaging from paper to reusable cloth bags so that eight tailors would be kept busy working from home making the 800 bags. This is the way Fair Trade works and we are glad.